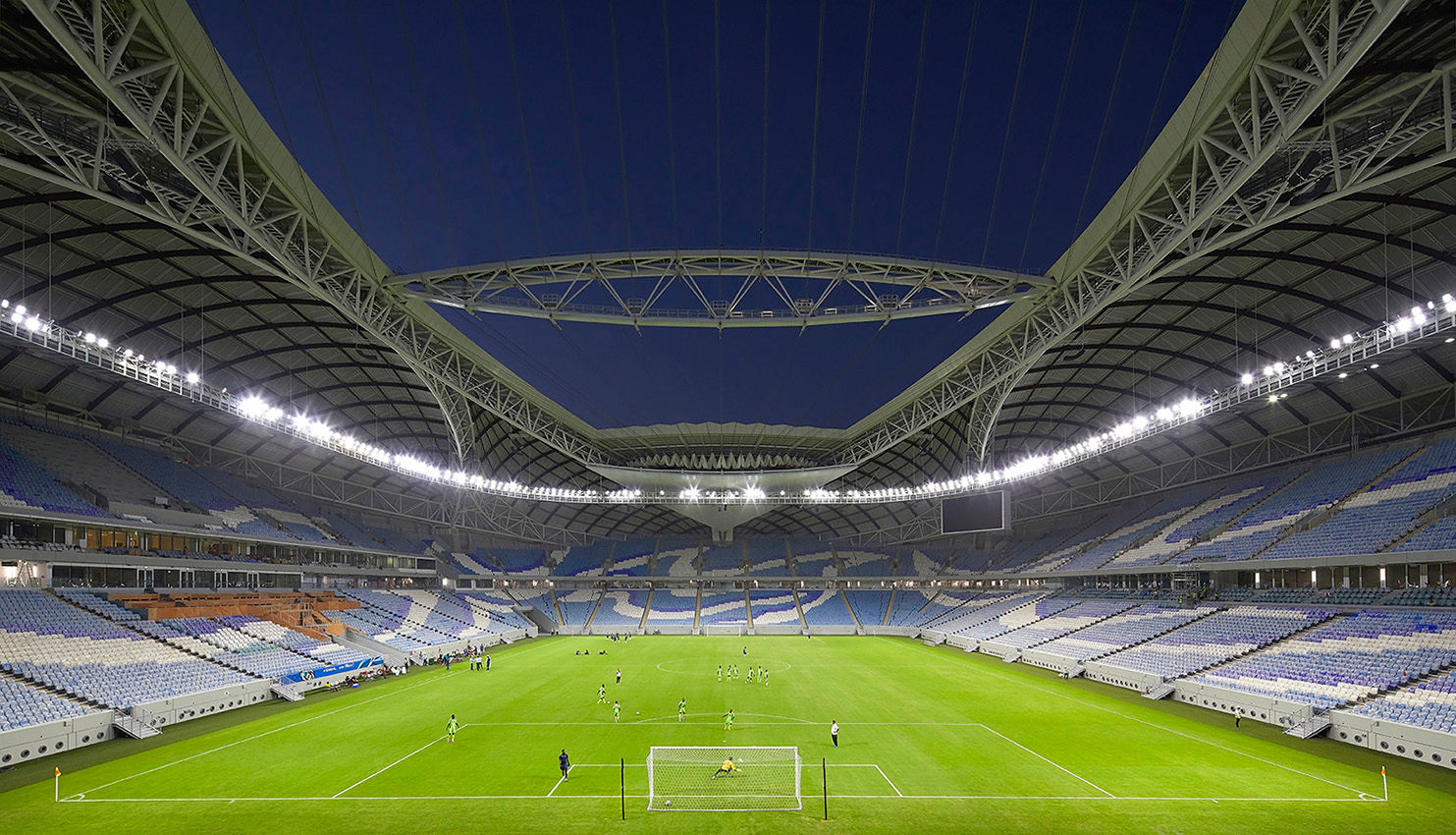 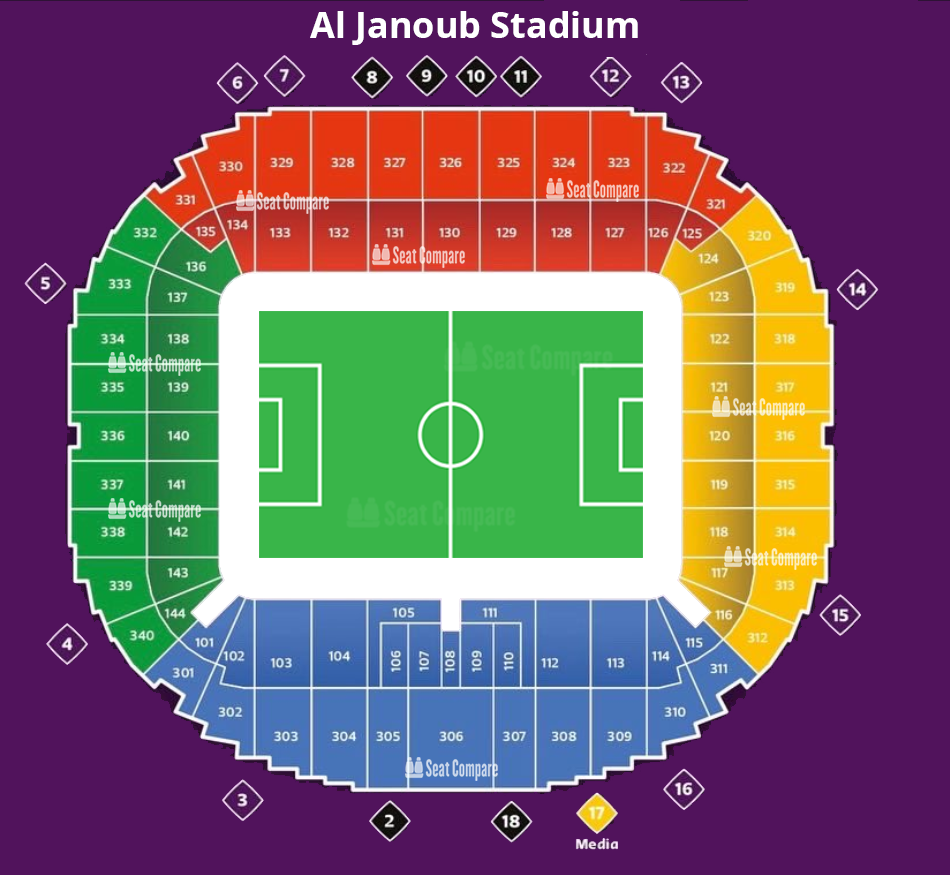 Al Janoub Stadium is the second venue in Qatar to be built for the preparation of World Cup 2022. It is located in the city of Al-Wakrah, about 23 km from Doha and has been the home base of Al-Wakrah SC. The 40,000-seated stadium has quite a unique design, especially the one on the roof. It is said to be inspired from the sails of ancient Dhow boat, a traditional trading vessels, which used by pearl divers in Persian Gulf. The one who had an idea of bringing up such design is the British-Iraqi architect, Zara Hadid. Find your FIFA World Cup Tickets.
Stadium Facilities
Some facilities in this stadium have been quite common; from the large green open space consisting 800 trees, restaurants, marketplaces, gyms, swimming pools, spas, shopping centres, multipurpose rooms and hall, school, running, cycling and horse riding tracks. What’s more interesting in Al Janoub is the construction side. The roof is retractable, made of teflon-coated PVC and in a sliding shape by applying aerodynamic principle to protect the spectators from the hot winds. Such facilities and the technology used in this stadium led to the Class A rate in sustainability by the Global Sustainability Assesment System (GSAS) in November 2018. Although there will be a plan to reduce the capacity of the venue which was opened in 2019 after five years of construction, to only 20,000 people after the World Cup, the function of this sport complex will even be enhanced into various sporting facilities indoors and outdoors which hopefully could support the local business and tourism as well.
Historic matches
This venue, whose construction was done by a number of contractors, have been regularly contesting Qatar Super League matches, Amir Cup. The most notable game ever held on this Al-Wakrah’s turf was the 2020 AFC Champions League final between Iran side Persepolis and Hyundai Ulsan of South Korea. Furthermore, Al Janoub has been picked to stage six games in FIFA Arab Cup 2021 on December, including the big match of Algeria versus Egypt and one fixture at the quarter final. In World Cup next year, there will be seven games held in here, including one match in the round of 16,
Transportation to the Stadium
To get to this stadium, which is quite close to Hamad International Airport, one can use the car rent or taxi services in 30 minutes or take the Doha Metro red line on route M132 to Al Wakra station, which takes about 45 minutes from the city centre or the airport.

Seat-Compare.com is the first website to offer live pricing comparison of different websites. Other websites give you the lowest price of a single Al Janoub Stadium ticket but this doesn't reflect the true market.

All Al Janoub Stadium Tickets in Al Wakrah purchased through seat-compare.com are 100% guaranteed through the safe suppliers. All tickets will be authentic, valid and delivered to you on time. If the event is cancelled then you will also receive a complete refund. Tickets for rescheduled Al Janoub Stadium events will be also included.