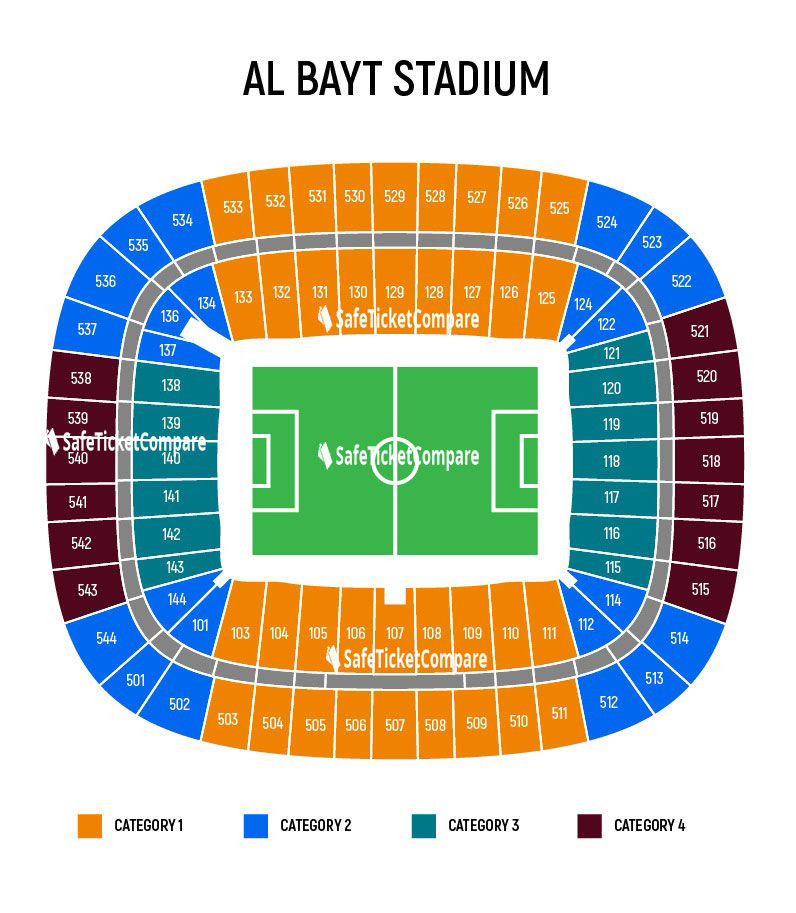 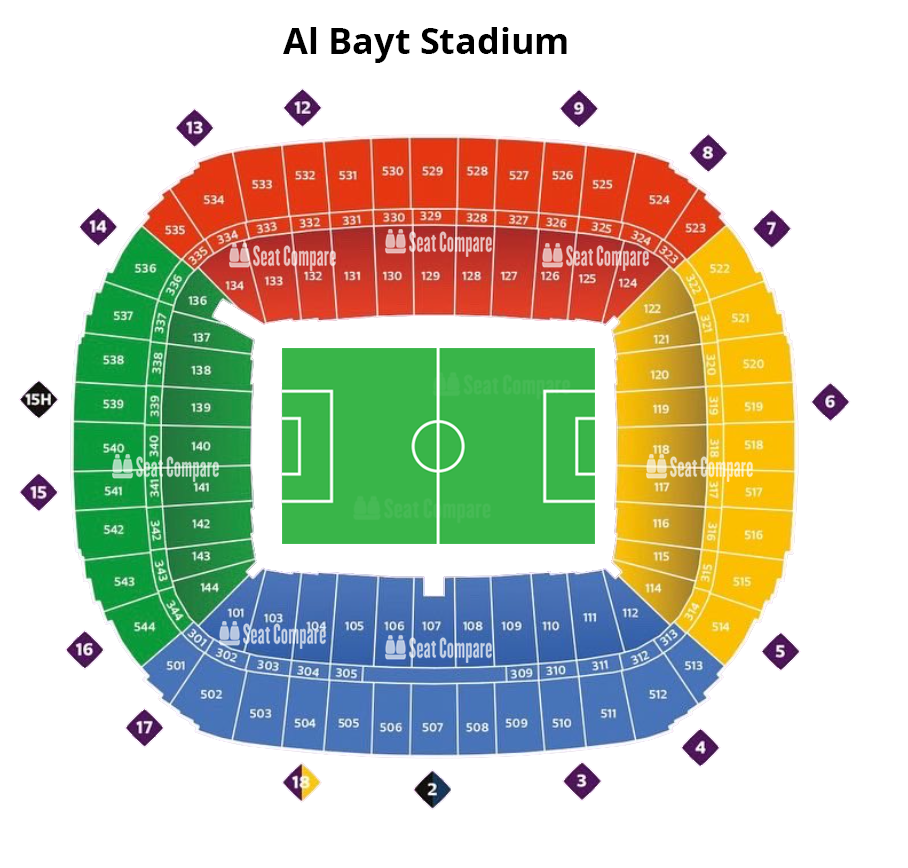 Al Bayt stadium is one of the main venues to be used in the upcoming world cup Qatar 2022. It has the capacity of 60,000 people, which is the second largest one in the country and located in the city of Al-Khor. It is about 40 km north of Doha. No wonder that the important events in the world cup finals will take place here. Its name is taken from bayt al sh’ar, which is a traditional tent used by the nomadic people in the Middle East back then. It also symbolizes the Arabic hospitality towards any travelers coming from afar to rest and relax. Find your FIFA Football World Cup tickets here on Seat Compare.
Stadium Facilities
Al Bayt was built in 2015 by the Salini Impregilo and Cimolai Construction plus other companies such as Galfar and Hightex and opened on 11 February 2020. This stadium has been known for the high-rated facilities such as spacious green spaces, large parking lot which could hold thousands of vehicles including buses, water taxis and connected to public transport system, luxurious hotels with the view of the pitch, shady pedestrian walkways with green trees lining up, upcoming other sport facilities for public like running tracks, cycling plus even horse and camel riding one, restaurants and café, upcoming gym food court and shopping centre and last but not least the sport medicine. Its design has been considered eco-friendly since it uses the building materials as well as its technology that can preserve water and energy. Therefore, this venue has been certified class A rating for its sustainable design, energy efficiency under Global Sustainability Assessment System (GASA).
Historic matches
This stadium which was reported to cost more than £700 million is still currently at the final stage of the construction. Since Al Bayt has just opened for public, the games at FIFA Arab Cup, the trial tournament for the main event, next December plus the world cup finals will be their historic matches to ever be contested in this new stadium. In Arab Cup, they are bound to hold five games, three games at the group stage, one quarter final and the final, whereas in World Cup 2022, it is scheduled to stage eight games in the final round, including the opening match. The other matches will be five more games at the preliminary round, plus one fixture each at the knock out stage, the round of 16, quarter finals and semi final.
Transportation to the Stadium
To reach the venue which was designed by Dar Al-Handasah, taking bus service line 102 to Al Thakhira as your destination is a good option if you go from the airport. This bus departs from Mowasalat Accomodation. Another way of getting there is by taxi or taking Doha metro line.

Seat-Compare.com is the first website to offer live pricing comparison of different websites. Other websites give you the lowest price of a single Al Bayt Stadium ticket but this doesn't reflect the true market.

All Al Bayt Stadium Tickets in Al Khor purchased through seat-compare.com are 100% guaranteed through the safe suppliers. All tickets will be authentic, valid and delivered to you on time. If the event is cancelled then you will also receive a complete refund. Tickets for rescheduled Al Bayt Stadium events will be also included.