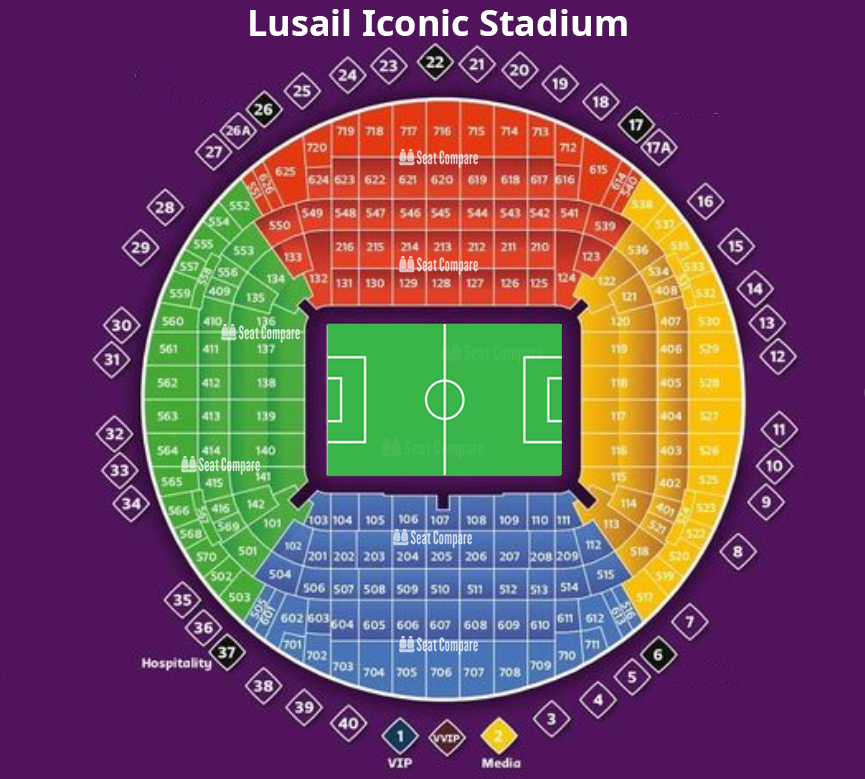 Losail Iconic Stadium is set to be the ‘cherry on top’ of Qatar 2022, both in the construction and in the tournament itself. Located in the city of Losail, about 15 km from city centre of Doha, this 80,000-seat venue is the last one to finish the construction on December 2021 and set to stage the final match of World Cup 2022. It is expected to be the catalyst of the development in the area. Find your FIFA Football World Cup Tickets here.

Losail Iconic stadium is designed by Foster + Partners, a British firm supported by MANICA Architecture, the sport design specialist, while the construction stage is under the joint venture of HBK Contracting and China Railway Construction Corporation (CRCC). The design is inspired by Qatari cultural heritage, one of which are the sails of the traditional dhow boat. Such are the main inspiration of the stadium exterior. The roof is set to be retractable with the shape of a saddle floating above the seating bowl. This oval-shape stadium is surrounded by water pool with six bridges crossing the moat as the venue’s entrance. Then, along the sides of pitch there are the VIP and hospitality accommodation, plus a hotel on the stadium parameter. In addition, spacious car park with canopies connected to solar collectors for generating energy is available. The solar power is opted since it is the best one for maintaining the most suitable temperature inside the stadium. When there is no event, the solar power can be the source of electricity to be shared with the buildings nearby for the sake of sustainability. Moreover, just like the other new stadiums apart from Ras Abu Aboud, the stadium capacity will be reduced to 20,000 people after the world cup and the remaining parts of the stadium shall be repurposed for other public space including non-football and education facilities, shops, health clinic and many more.

This venue to which $ 4 billion was reportedly invested will not be included as the hosting site for the upcoming FIFA Arab Cup 2021 in December. There will be scheduled friendly matches by Qatar national team in 2022 as apart of the trial before the main event begins on November. Previously, Losail Iconic stadium was set to hold the opening and the final match in World Cup 2022. Unfortunately, its delay on the construction completion has led to the switch to Al Bayt Stadium to hold the first game. However, it will still be staging 10 fixtures, with 6 matches at the group stage and the remaining ones in each knock out stage from the round of 16, quarter final, semifinal and the summit.

To get to this iconic venue, the local government will be providing the well connected direct road on its own plus exclusive train station with Qatar metro on Red Line, which is heading from the south to the north of the country as well as the direct one from Hamad International Airport. Another option would be by taking a taxi from Doha airport which costs $29 -35 and takes about a half an hour.

Seat-Compare.com is the first website to offer live pricing comparison of different websites. Other websites give you the lowest price of a single Lusail Iconic Stadium ticket but this doesn't reflect the true market.